You are here: Home / Updates / 12 Gifts of Christmas

This video is not quite the ‘12 days of Christmas’ but is on a similar theme, It’s called the ‘12 gifts of Christmas’; twelve areas we’ve worked on in Connectably over the last month or so, to give you a better user experience in the software.

When somebody fills in a web form or books an appointment with you, we used to just let you tag them, but now you can have Connectably automatically create a card for them in a workflow. If you already have appointments or web forms you’d like to use this with, then just visit those forms in settings, add the workflow stage settings that you’d like to have people enter, and click save to update the form. There’s no need to update any forms or links on your site or emails to handle this. We’ll just automatically start creating those cards for you when people book an appointment or fill in your form.

Also on appointment types, you can now switch on or off either or both the header and logo elements at the top of the form. It allows you to tidy things up a bit more, especially if you’re embedding the forms on your own website using an iFrame. There’s also a timezone dropdown to overcome the issue of when your bookers are either in another country or their browser or computer time is set to a different time zone.

We’ve made some improvements to the appointment booking availability logic. You’ll see the difference if you have lots of recurring or different duration meetings in your calendar. The appointment booker fully takes these into account when it’s creating buffers around them, whilst maximising the number of available slots you can get booked into your diary by prospects and clients.

On web forms, you now have the option to have multiple radio or checkbox buttons. Now, I wouldn’t use this for a first entry point form because generally speaking I feel it’s better to ask at most one question of them on that first contact, but if you’re collecting additional info or preferences from an existing contact and want them to do it themselves via a form, it’s a pretty good way of doing that. That’s what the users who requested this feature are doing.

We’ve improved some back end processes around preventing bot and spam submissions on forms. Without going into all the details, there’s now a 2-stage process in the back end on Connectably forms that checks contacts before they go into your account, filtering out crappy bot or spam entries. This wasn’t a significant issue in Connectably, but we wanted to stay ahead on it, in case it ever did rear its head significantly as an issue in the future.

We’ve set as standard the reCAPTCHA element on all web forms. reCAPTCHA makes it easy to stop bots but is straightforward for real leads to complete forms and we’re delighted to roll out this latest version of the service to you. If you already have forms on your site and you’d like to update them to use this, – which we really encourage you to do – just head to the webforms section and click on ‘Webform Code’ on any of your forms and copy the new code for your web forms from there and update those forms on your website. This function really reduces form spam further and keeps your database and email lists clean, meaning more of your emails will get delivered.

7. Improvements to the ‘Single Email’ function in the email builder

Do you ever want to copy and use past broadcasts or automation templates to send to one contact at a time? Perhaps amending the text in there before it gets sent out? Well, now you can. Just duplicate the past broadcast or automation email and set the new email that comes from it to be a ‘Single Email’ and just choose the recipient to send it to. This isn’t a marketing at scale tool, but lets you just send a one off email or two from your past history to contacts you think it’s relevant for to build engagement further. This function uses your GSuite or Office365 connection, so just re-authorise that account in Settings > Initial Settings to use it.

Future scheduled broadcasts now always consider contacts for the mailing based on tags at the point that the mail gets sent out.

9. Improvements to the email editor page

Based on studying what people have been using the email builder for, the default options for the email are now automations or broadcast mails, because those were the mailing types that were used the most. Not a big change, but more often than not, it should save you at least one extra click.

We’ve rolled out a telephone support service for support or sales enquiries. Just call 03330 500 018 during office hours. Until now, we’ve used various chat support services, and they’re ‘ok’, but I’ve never felt that they build deep engagement, nor maximise the chance to get raving fans from the outcomes. The number’s set up and live on the website – 03330 500 018 – if you need it. It’s live and manned during office hours 9am-6pm, and diverts to a voicemail outside of those hours.

Last on our list, gift number twelve, is relevant for if you have friends or contacts who are considering a move to Connectably in the new year. Our onboarding process now incorporates a contact review, segmentation and import as we show new onboarders the data in their Xero account, so they can clean it up and automatically assign contacts they import to being current clients or past clients depending on when they last invoiced them. Do encourage people you know to take a look at the 14-day free trial if you know people who might be interested in what we do for the limited budget it requires.

So let’s look forward to Christmas and onto 2020, the new decade. Thanks for all your support and I hope this year’s been a successful one for you. More importantly than that, I hope you’re well geared up for a great start to 2020. If we can help in any way, please don’t hesitate to ask.

Merry Christmas to you and your family, and a Happy and Successful New Year. 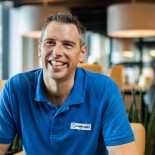